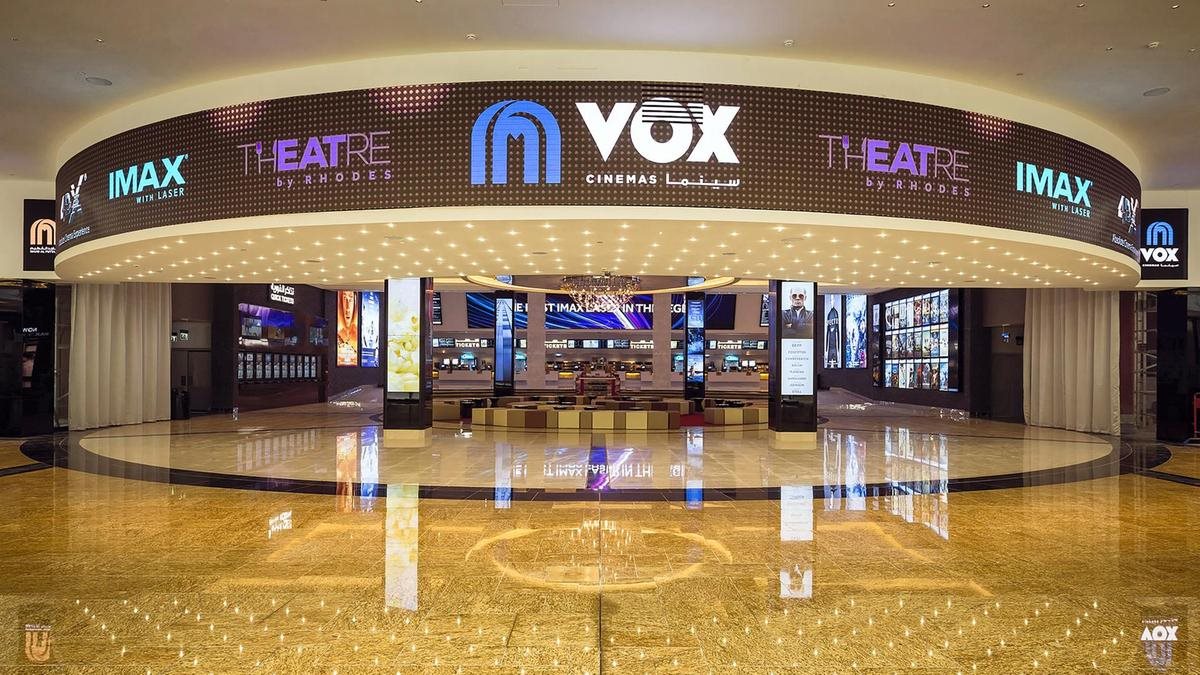 Paris, France, 2nd October 2018 — Volfoni Limited, the leading European provider of 3D technology, today announced that VOX Cinemas has selected Volfoni for their 3D hardware systems for the first multiplex at Riyadh Park in the Kingdom of Saudi Arabia. VOX Cinemas was awarded one of the first licenses to operate cinemas in Saudi Arabia and their multiplex at Riyadh Park is the first of its kind in the kingdom.

VOX Cinemas has deployed Volfoni’s latest 3D cinema technology product, the award-winning SmartCrystal™ Diamond series. The deployment includes all of the 3D screens at their Riyadh Park multiplex. Volfoni’s SmartCrystal Diamond hardware had to further undergo rigorous testing and validation to be used in Saudi Arabia due to the Kingdom’s strict laws and requirements for quality.

“We are thrilled to have been selected by VOX Cinemas, an innovator in the Middle Eastern cinema market. As one of the first companies to be awarded a license to operate in Saudi Arabia, VOX Cinemas is truly a pioneer in this new and exciting market,” said Araceli Vaello, Sales Director for EMEA & CIS for Volfoni. “We are honored to contribute our 3D solutions to their cutting-edge multiplex concept at Riyadh Park.”

“By providing innovative companies such as VOX Cinemas with our SmartCrystal Diamond Cinema 3D technology, we are among the first 3D providers to enter the Kingdom of Saudi Arabia,” said Alain Chamaillard, Chief Sales Officer of Volfoni. “It is a testament to Volfoni’s technological innovation and strong market position in the 3D cinema hardware space. We see tremendous potential in the Saudi Arabian market and across the entire Middle Eastern region.”

About Volfoni: Volfoni Limited, based in Paris, is the largest European 3D system company and a global brand with award winning products such as the SmartCrystal™ Diamond for the cinema industry and the Edge VR™ Active Glasses for the virtual reality industry. Visit www.volfoni.com .

With 36 locations totaling 355 screens across the region, including 193 screens in the UAE, 15 screens in Lebanon, 47 screens in Oman, 30 screens in Bahrain, 28 screens in Egypt, 18 screens in Qatar, four screens in Saudi Arabia and 17 screens in Kuwait, VOX Cinemas is the Middle East’s largest and most rapidly growing exhibitor.

Across the UAE, Bahrain, Oman, Qatar, Kuwait, Egypt and Lebanon, the company is undergoing an AED1.2-billion (USD326-million) investment to expand to operate 300 screens by 2020. In addition, Majid Al Futtaim Cinemas will invest AED1.96 billion (USD517 million) to develop 600 screens across the Kingdom of Saudi Arabia by 2023.

Tailoring every cinema location to the surrounding market place and customer preferences, VOX Cinemas offers a mix of experiences including luxury concepts, THEATRE by Rhodes and GOLD by Rhodes both in collaboration with Michelin-starred Chef Gary Rhodes. Another signature VOX Cinemas concept, MAX is the mega-screen designed for the biggest blockbusters and features Dolby Atmos surround sound technology. VOX Cinemas was also the first to introduce IMAX with Laser to the Middle East and the only exhibitor to offer IMAX with Sapphire. The company also offers a multisensory movie-watching concept, 4DX. For young movie fans and families, VOX Cinemas offers the only cinema dedicated to children, KIDS. Complementing its portfolio of world-class experiences, VOX Cinemas offers OUTDOOR, an open-air concept.