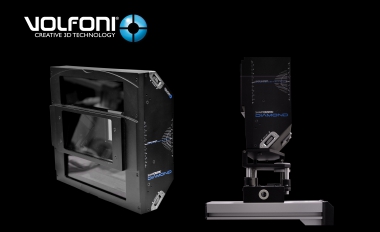 RealD has tried to use this Russian UM patent to intimidate members of the cinema industry that were finding better value in alternative and superior 3D solutions with Triple Beam Technology, and in particular Volfoni’s SmartCrystal™ Diamond 3D cinema system.

“We are pleased that the Russian Patent Office has rejected RealD’s wrongful attempt to suppress competition and threaten 3D cinema integrators and exhibitors. This decision allows 3D exhibitors, integrators and manufacturers to concentrate on the quality of the cinema experience and not on legal gamesmanship.” says Alain Chamaillard, Volfoni’s Managing Director for EMEA, CIS & Russia.

Despite RealD’s unfounded threats and intimidation, Volfoni continues to offer its innovative and top of the class SmartCrystal™ Diamond throughout Russia. With over 300 units shipped, it is the most chosen Triple Beam 3D System in the world.

About Volfoni
Volfoni is the global 3D technology solutions leader and creator of the award winning 3D cinema system, SmartCrystal™ Diamond. It is the inventor of the Surface Switching Technology and the compact Triple Beam Technology for Hi-LEF 3D Systems.
Volfoni has offices in Los Angeles, Paris, Valencia, Guangzhou, Hong Kong and representations in Brazil and India.
www.volfoni.com